Survival is not about being fearless. It’s about making a decision, getting on and doing it - Bear Grylls

An old SEAL buddy of ours once told us that it’s not a matter of if society is going to plunge into disarray and disharmony, but when the final collapse is all but guaranteed to happen.

He told us that it’s as inevitable as rain and that rather than trying to think of ways to stop it from happening, the best thing that we could do is prepare for it.

That was the way we became preppers and the advice that he gave us about choosing the perfect bug-out location? We’re going to share it with you. 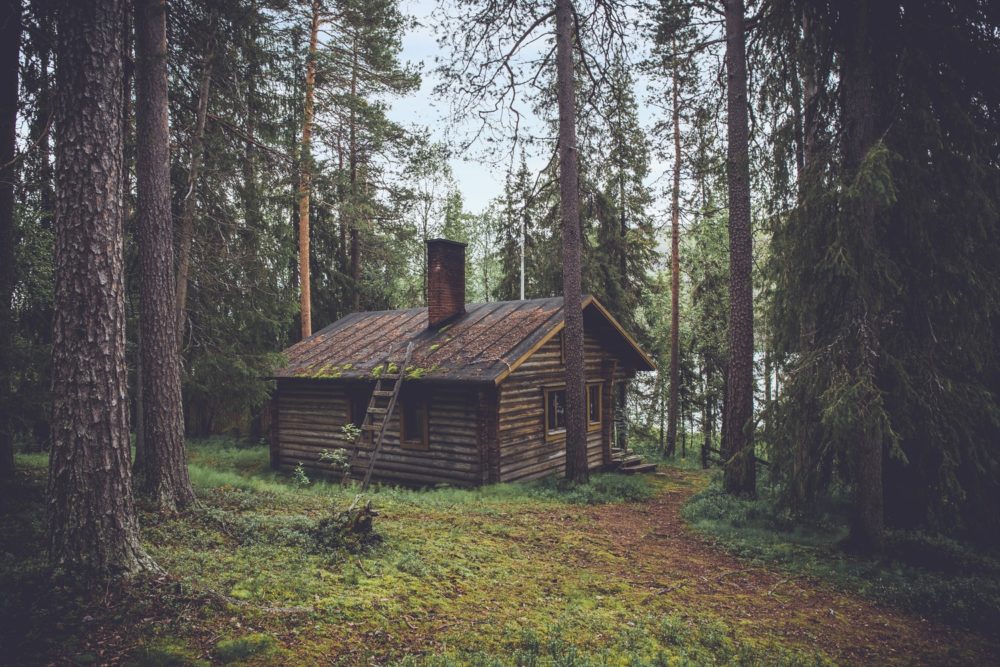 Distance is important. The further away from society and large urban areas, your bug-out location is, the safer you and your family will be.

We were always told that it’s safer to head to the mountains or deep into the woods when choosing a bug-out location, and that just as important as being as far away from the hordes as possible, is knowing how you’ll get to your location and how long it will take you.

While some preppers abide by the fifty-mile rule in case you need to reach your safety zone on foot, we were told that you should always have a bug-out vehicle on stand-by.

It makes it easier to get to where you’re going and effectively doubles the distance that your location can be from any towns or cities.

And, make sure that you work out at least four different ways to get to your bug-out location. It may sound a little like overkill, but roads can be blocked and a mistimed riot can shut an entire city down. Know your routes.

We’re not big advocates of tents as a means of shelter when you need to head to hills. You need a place that’s durable, that was made to weather the elements, and provide a safe and secure location that you can, if necessary, barricade your family inside.

That’s why the best thing to do is to find an old remote cabin, purchase it under the pretense of it being a weekend getaway and then gradually make sure sure that it’s fit for purpose and ready when you need it.

One of the main advantages of purchasing a backwoods or mountain cabin is that it should already have its own water supply - usually, a well, which will negate another of the necessary items on your search list, a water supply.

And Talking About Water...

The chances are that you’re going to be at your bug-out location for a while, so you’re going to need a steady supply of fresh water or water that you can purify for drinking and cooking.

If you don’t have a well on your property, a nearby river or lake will serve your needs as long as you remember to treat and purify the water first.

If things have gotten bad enough that it’s time for you to leave, they’re not going to be fixed anytime soon and you’ll run out of bottled water long before anyone can safely switch the power back on. So make sure you have more than enough water to last your family for as long as you’ll all need it to.

While you can easily survive on MREs and canned rations (which should be part of any prepper’s bug-out location and bug-out survival kit) for as long as they last, there will come a time when both of them eventually run out.

That’s why it’s necessary to prepare a small area in which you can grow vegetables and fruit far in advance so that by the time you have to bug-out, you’ll already have a supply of fresh food waiting for you at your shelter.

The longer you take to prepare and plant your garden, the longer your produce will take to grow. Plan in advance so you’ll be prepared for your arrival.

As loathe as some people are to discuss hunting, the truth of the matter is that you and your family are going to need protein, and you’re going to need to find a way to make sure that you all get a fresh and viable source of it as often as possible. And the best way to do it?

By hunting - either deer or bear. Make sure you have either a bow or preferably a rifle safely locked away in your bug-out location and enough ammunition to last for the duration of your stay.

One last thing, always remove, and securely stow, the firing pins from any firearms at your bug-out location. If your guns do fall into the wrong hands, that way at least, whoever has them won’t be able to use them against you.

Crazy times make people do crazy things, and even if you’re far from the nearest signs of civilization, there’s always a remote possibility that someone desperate could find you and convince themselves, in a moment of madness that they want what you already have. You need to be ready for this eventuality.

That’s why you’ll need an adequate line of sight from every corner of your location so that you’ll be able to see them coming before they see you. Line of sight and heavy door barricades will fortify your position and warning shots should usually be enough to ward off any attempted aggression.

Of course, you can further minimize any potential encounters by hunting and cooking at night. Smoke from any stove in the middle of nowhere travels and can be seen from anything up to a mile away during the day, so by cooking at night, you can minimize your chances of discovery and any possible conflicts that could arise from it.

The only way to stay safe and secure when the grand collapse eventually happens is, as we’ve already said, by getting as far away as possible. Unfortunately, this presents another set of problems, as the further off-grid you are, the less chance there is of any power lines being situated anywhere near you.

That’s why you’ll need to arm your bug-out location with a generator, preferably a solar and/or diesel one so that you can stay ahead of the curve and always be aware of what’s going on in the ruins of the old world, and can formulate any plans and decisions you wish to make about a possible return based on knowing what’s really happening.

Knowledge is power, and the more you have, the better prepared you’ll be to deal with the new reality when the world finally disappears. As our friend said, it’s not a matter of if it happens, it’s all about when it happens. Make sure you’re ready when it does.